Mansour was born in Persia. When he was 15 years old, he made his first paintings and drawings.
His mother recognized his talent and stimulated him by putting them on the wall.
In 1981 Mansour started painting and drawing as an oncoming professional, and in 1982 he also became an art-teacher.
Two years later he left his country and, as an autodidact, continued his work in The Netherlands.

Once there, he started showing his work in exhibitions, and was acknowledged internationally.
By now, he knew the different styles in art. As an Independent artist he developed his own style. 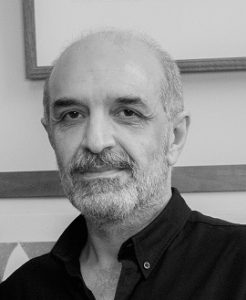